That might sound a simple enough question but it is one that has kept the courts busy on many occasions, most recently the supreme court in the Uber cases. Just to confuse matters the outcome of that case was that the drivers are “workers” which is another status of employment.

Why does it matter??

This is to say the least, a complicated area, and it is relevant in many different areas of law. It effects pay, holidays, rights, liability, and much more. And it also effects the basis upon which a personal injury claim can be brought.

There are many factors which help decide a person’s employment status, but probably the most important is control. The higher the degree of control over the work and activities, the more likely it is that a person will be considered an employee (even if they are not).

As with most things in the law this only really becomes an issue when things go wrong, such as with a claim recently handled by Andrew Marsden of our Batley Office.

Ms P is an independent contractor who was working on a short term contract for the defendant. There was no doubt about her status in that regard, she was not an employee, and had no entitlement to employee rights such as sick pay, etc.

Whilst carrying out the contracted work she suffered an accident and was injured, and this is where things became complicated. Could Ms P’s status be different in the context of the claim?? because if she was not considered an employee her claim would not succeed.

Andrew was able to prove that in the context of the accident Ms P was to all intents and purposes an employee. This was mainly because of the high degree of control exercised over what she did, by the defendant.

As a result the claim succeeded and Ms P has received the compensation she deserved.

Don’t assume that you will not be able to bring your claim. Contact Andrew on 01924 473065, [email protected] or via live chat. We can provide initial advice at no charge, and should then be able to act for you on a no win no fee basis. 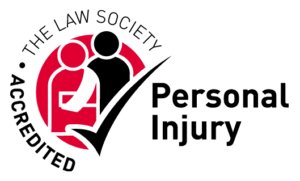 Prop It Up Properly

A Nice Review A Second Opinion
Scroll to top