Have you been divorced? Did you get a proper valuation of your spouse’s pension?

It is an unfortunate statistic these days that more and more people are getting divorced and as part of the divorce process it is a very difficult and stressful time to “unravel” couples finances to try and ensure a fair division of the assets that have built up during the marriage.

It is very important in these circumstances that as part of the divorce process the pension is valued correctly so that there can be a fair division of the pension by what is known as a Pension Sharing Order or alternatively that the rest of the assets can be off-set correctly against the value of this pension.

Unfortunately some solicitors merely feel that the value of the pension is simply taken from  what is shown in the figure known as the “cash equivalent transfer value” or “CETV”.  This is not always correct, as the value of the pension can be determined by very complex calculations and some pensions are particularly complex, such as the Civil Service pension, which has various enhancements.  It is therefore vital that these types of pension, particularly where they have been running for many years, are valued by a specialist know as an Actuary.  Although Actuaries are quite expensive the cost of a report can be paid for many times over by discovering that the correct value of the pension “pot” can be worth tens or even hundreds of thousands of pounds more than the figure shown in the CETV.

We have looked into a number of cases whereby divorces have been settled using the CETV and when we have obtained an Actuary Report in those cases it is shown that the divorce has clearly been under-settled on one parties behalf, which has led to successful professional negligence claims being brought against the negligent solicitors .

It is much easier to bring these professional negligence claims where the decree absolute for the divorce has been obtained within the last six years, although it is by no means only the case that these claims must be brought within this period, as we have successfully run cases where the decree absolute was obtained ten years ago or more.  Although these cases are more difficult to win in certain circumstances, given the complexities with regard to how long you have to bring claims of this nature,they can and are still successful.

On other very rare occasions a pension in a divorce case is never discussed, given that one of the parties goes to see a divorce lawyer and states that they want the divorce over as quickly as possible to try and deal with the emotional trauma of the divorce, which very often takes many months or even years to come to terms with and the lawyer simply “goes along” with this.  Clearly, in those situations the person getting divorced relies heavily upon their lawyer to advise them as to what assets of the marriage should be considered when going through the divorce and it is simply not enough for the divorce lawyer to just “go through the motions” and push the divorce through as quickly as possible without having first discussed the different options with the person going through the divorce with a view to them understanding what the position is in law and what they are potentially entitled to by way of divorce settlement so that they can simply make an informed decision as to how they wish to proceed.

It is very important that the person going through the divorce received clear and accurate advice in what is a very difficult time both emotionally and financially and it is therefore more important than ever that they receive clear and accurate advice from their lawyer given that, what is agreed/ordered by the Court during the divorce proceedings is likely to have an affect on that person and their family for the rest of their lives.  It is therefore even more important that where a solicitor has been negligent in advising someone whilst going through the divorce that this is remedied as quickly as possible and that the person that has gone through the divorce is put back in the position they should have been financially had they not been negligently advised.

If you believe that you are in this position then you must contact a specialist firm of solicitors to review your divorce settlement as soon as possible, as any delay could hamper your chances of putting right this situation where the advice you have been has been wrong. 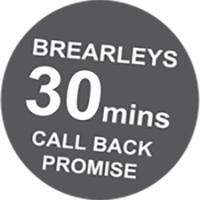