Mrs Q went into town to do a bit of shopping. As she was walking through the pedestrian arcade area she slipped and fell on ice on the ground. The weather at the time was very cold and it had been icy for a few days.

At this point many firms would have told Mrs Q that her case could not succeed. We however dug deeper and spoke with local businesses who told us that the area had not in fact been gritted until much later in the day, and, it appears only because they had complained to the council. One witness described the area as being like an “ice rink”.

The case was listed for a final hearing, but faced with the evidence we had got, the council finally agreed to settle the case and pay compensation.

Don’t slip up with your legal representatives. Instruct the team that will go the extra distance to help prove you case. Use the contact us option on this website or telephone Andrew 01924 473065 or Carolyn 01924 43900. 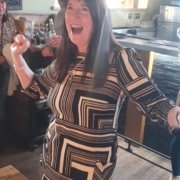 They Know What They Know

Not Enough Room At The Stop