Whilst Mrs J was enjoying a stay at her caravan she caught her foot in a hole in the ground as she was walking in the grounds. She fell, and suffered a fracture.

Having taken details from Mrs J we put her case to the owners of the caravan site. They, through their insurers denied being to blame, and continued to robustly defend the case.

The case concerned the Occupiers Liability Act 1957, and in the simplest of terms – whether the owner knew or should have known that the hole was there, whether it was dangerous, and whether it was a foreseeable risk.

The owner tried to argue that there wasn’t a hole there, that because it was in an area of grass rather than on a footpath they would not expect anyone to walk there, and that they had good systems in place to check safety on the site.

After issuing court proceedings we were able to establish that the hole definitely was there, and that it was entirely likely that on such a site people would and did walk across grassed areas, especially when, as in this case, they are close to frequently used buildings.

Mrs J will now receive the compensation she should.

To begin your accident claim contact Andrew Marsden on 01924 473065 or via any of our office numbers, email [email protected] or use livechat on our website.

First advice is at no charge, and we should be able to act for you on a no win, no fee basis. 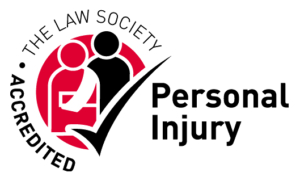 The Big Friendly Read
Fix It
WELCOME BACK LEEDS!
Concertina Collision
A Nice Review
Why Are We Different?
Experienced Family Solicitor Required
Know your limits

Report It A Nice Review
Scroll to top