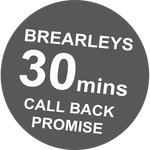 Enormous numbers of animals have been killed and injured.

More than 1 billion mammals, birds, and reptiles likely lost their lives in the blazes, according to one estimate from the University of Sydney. Around 25,000 koalas were feared dead on Kangaroo Island. Eight thousand koalas, a third of all the koalas in New South Wales, are believed to have perished, and about 30 percent of the koalas’ habitat has also been wiped out. The devastation only adds to existing pressures on Australia’s unique ecosystems. The continent is home to 244 species that are not found anywhere else. The region also has the highest rate of native mammals becoming extinct over the past 200 years.

“The potential impacts on wildlife are devastating,” Crystal Kolden, an associate professor of fire science at the University of Idaho who studied wildfires in Tasmania in 2018 said  “There won’t be a full accounting for how bad it actually is for years.”

Some ecosystems, like eucalyptus forests, are prone to fires and will come back. But Kolden points out that Australia is also home to pockets of vegetation, inhabited by species that have managed to survive for millions of years. “These really incredible remnants of, you know, the era of the dinosaurs essentially, [are] not adapted for fire and when it burns, it will be gone.”

Australia is a varied and fragile habitat which will take many years to recover.

We want to help in any way that we can and we need your help to do so.

Accordingly we are launching an appeal.

Throughout February we will donate £10 for every new client.  We want to do more though.  Every penny donated will go to our chosen charity whose details can be found below.

Please help.  Every little bit adds up and helps even in a small way.

The charity we have chosen

WIRES (NSW Wildlife Information, Rescue and Education Service Inc.) has been rescuing and caring for wildlife for over 30 years and is the largest wildlife rescue organisation in Australia. They are passionate about supporting smaller volunteer organisation in the wildlife sector with the same mission, as well as Universities, Veterinary Associations and other leading scientific and environmental groups.

WIRES mission is to actively rehabilitate and preserve Australian wildlife and inspire others to do the same.

Following these catastrophic fires WIRES is also very keen to pursue additional opportunities to help wildlife more broadly  across Australia wherever possible, including partnering on projects to improve long-term outcomes for native animals.